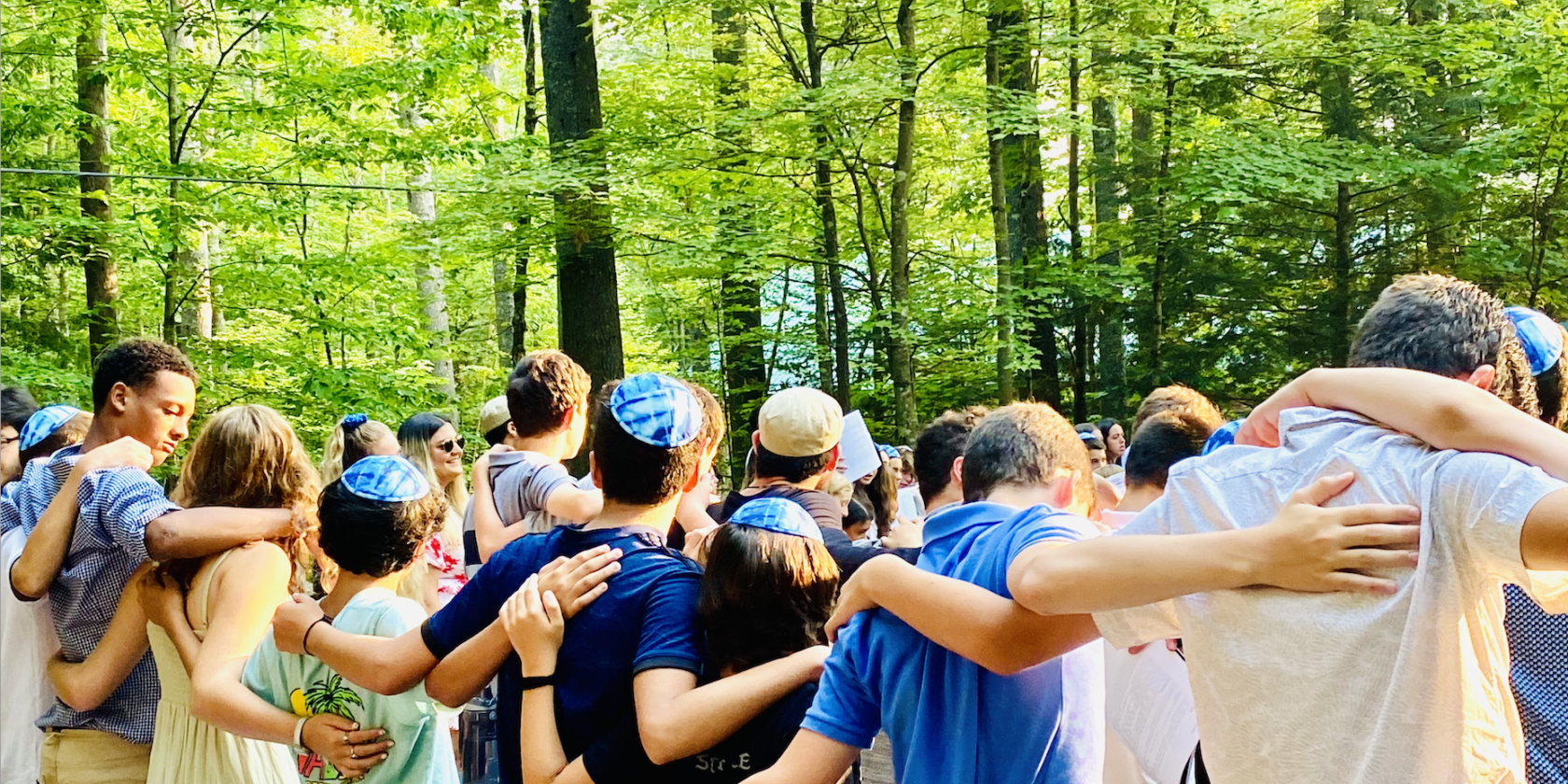 We’ve reached the part of the summer that I just love. It’s been a few years since I was in one camp for the whole summer, so I had forgotten how this time of the season feels, but a few days ago I started to notice it. Campers and staff all just seem comfortable, happy, and relaxed. Everyone’s got camp figured out. Color War’s over, so kids have a whole slew of new friends from the other units. Campers have their favorite activities, and the staff at those activities know their regulars well, and they know what those campers are working on, whether it’s perfecting their serve on the tennis courts or fine-tuning a certain method of cutting for a wood carving in A&C.  Campers know what’s at canteen, and they’ve planned out what they’re going to get even before they line up at the window.

It’s also the point in the summer when things start to feel a little more intensified, in a good way, with the realization that we’re heading into our ‘lasts.’ Yesterday we signed up for our last elective cycle, starting on Sunday. At lunch, bunks put their heads together to round out their schedules by picking the top three bunk activities they still want to do. Today’s the last day our Shabbat afternoon sports tournaments will happen, because next Saturday we’ll be packing up our duffles in the afternoon. The end is coming into view – not as a far-away concept, but as a real day. Nine sleeps. As of last night, that was how much time we have left here at camp. Now, it’s already down to eight sleeps.

Eight sleeps will fly by in the blink of an eye at camp. Between the Gym and Dance Show, the Art Exhibition, the Play, and Banquet, there’s barely time to catch your breath, and kids all across camp will be spending time this week practicing and putting the finishing touches on their projects or routines, getting ready to show off their hard work. While eight sleeps will be gone before we know it, the crazy thing about time at camp is that in eight sleeps the world can still completely change.

That’s the part we focused on last night. In eight sleeps, literally anything is possible at camp. We talked about how with a new elective cycle starting, you may discover a passion for an activity you’ve never even tried before. You could come up with a cool idea for a camp beautification project and make it happen, like Chalutzim camper Shalya’s doing with a gorgeous bathroom mural she initiated, designed, and will be painting this week. If you’re like the Bogrim campers I was walking with this morning, you could have a relationship, break up, and get back together five times in eight nights! You could make a friend, and by eight sleeps from now, that friend could already feel like an old friend, planning a winter visit together which already feels too far away.

This week’s Torah portion is called ‘Re-eh,’ meaning ‘to see.’ Last night we talked at services about what we will each choose to see in these last nine days. In this week’s portion, Moses learns about blessings and curses. God says, “See, I have set before you this day a blessing and a curse.” Blessings if the 10 Commandments are followed, and curses if the rules are disobeyed. Could a message about free will be any more important right now at camp, with the end of the session in sight? We each have the opportunity to write this final chapter of our summer at camp, and we have the power to decide if it will be a chapter of blessings or curses.

Will we be bogged down by the curses? The little arguments with our friends. The annoyance of tubing being cancelled because of the rain. The complaints about turning off lights at bedtime. The disappointment when there are no matzoh balls in the Friday night chicken soup because the delivery didn’t arrive. (I wasn’t alone in that legitimate grief!)

Or will we be lifted up by the blessings? That requires a hard shift sometimes, especially for teenagers! Letting go of grudges, letting annoying behaviors of bunkmates wash over you, not getting too caught up in the drama. It can be easy to end the day feeling like the world was out to get you, and you were the victim, but to write your own last chapter at camp means that you can always rewrite that ending, and figure out a way to see yourself as a hero instead. When it gets too hard to see that perspective, counselors are right there to help. With only eight nights left, who has time for even one minute spent in an argument, or wondering what someone else thinks about you, when it feels so much better to choose an ending where you’re the one in control of your feelings, determining if you end the day happy or sad?

In eight sleeps, we’ll be boarding the buses and heading home. I can’t believe we’ve already reached this point, but between now and August 15, know that over here on Woods Pond, we’re living our best lives, and writing our own incredible final chapters of Summer 2021.

P.S. Registration opened this week for 2022 only for returning campers, their siblings, and kids of alumni! Our best rates are only available until September 1 and all fees are refundable. Register here today!